Sorry about quality of pictures! Took them with my phone, but they do show what I did to make the muffins. There is a site called The Daring Kitchen... http://thedaringkitchen.com/about-the-daring-kitchen that I came upon recently. It has two challenges each month--you can be part of both or just one. One is cooking, the other is baking and crazy me decided to sign up for both. Thankfully, they don't happen at the same time. It can be quite intimidating to see what others have done, but I decided it just sounded like a lot of fun. This month for baking, it was quick breads. It could be a loaf, muffin, popovers, some even made pancakes! Some tried several different kinds. While I had good intentions, it ended up that potato hot dog muffins were something I wanted to try. 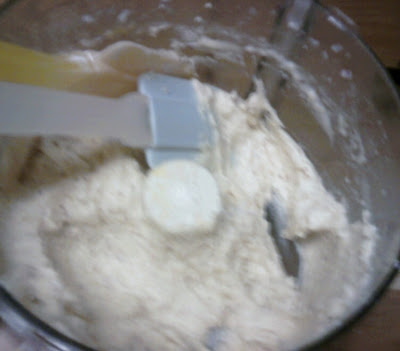 The mix was done in Cuisinart and wouldn't do that again since they turned out tough. I've used this machine for 30 years and made several kinds of dough, but it wasn't good for these. The idea for these came from a memory of tater dogs on a stick (like corndogs) that were sold at Natoturium Amusement Park in Spokane, WA where I grew up. 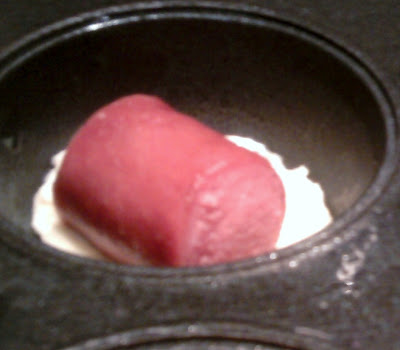 Just used a basic muffin recipe and then added mashed potatoes--these were small red ones. Put a dollop of mix in bottom of each cup and then added piece of hotdog, and then covered with more dough. 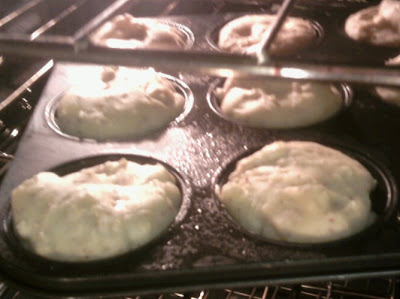 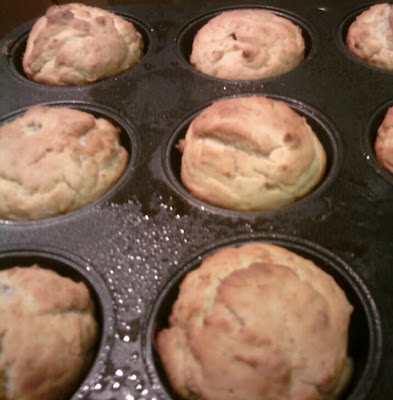 Might try these with link sausages another time. Anyway...go look at all the fun ideas people came up with here: http://thedaringkitchen.com/recipe you can click on a picture to go to the blog for it. 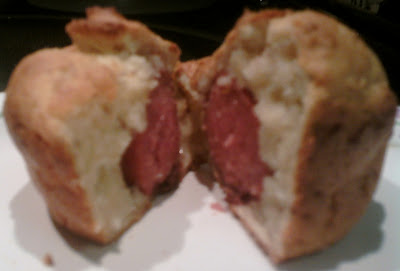 Blog-checking lines: The Daring Bakers’ February 2012 host was – Lis! Lisa stepped in last minute and challenged us to create a quick bread we could call our own. She supplied us with a base recipe and shared some recipes she loves from various websites and encouraged us to build upon them and create new flavor profiles.
Posted by Eileen at 1:54 PM

My kids would love these and so would I!